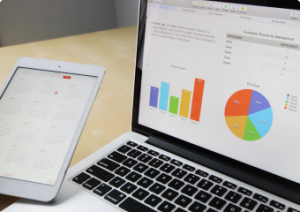 The ongoing coronavirus pandemic may have brought normal real estate to a grinding halt in many places, but experts and agents across the country believe that when the crisis abates there’s likely to be a flood of new real estate activity.

“I agree that there is going to be a surge,” Vija Williams, director of growth for the Ben Kinney Companies, added. “I think there’s going to be a flood of activity once the shelter in place is lifted.”

Both Gold and Williams spoke in April at Inman’s second ever Town Hall, a digital-only event that addressed ongoing issues in the real estate industry amid the pandemic. During the event, Gold said that business in his area has dipped significantly since the coronavirus has effectively shutdown the economy. However, he is still closing some deals and expects real estate activity to spike in the crisis’ immediate aftermath.

“I also have a feeling that coming out of this there’s going to be a pent up demand,” he said.

Williams agreed. She’s based in Kirkland, a community in Washington near Seattle, and said that her area has been “ground zero” during the pandemic. But once her region’s shelter-in-place orders end, Williams believes there will be a “flood” of activity.

Though Williams and Gold both anticipate an activity surge in the near future, all bets are off over the longer term. Gold was generally optimistic, but said simply that he didn’t know what would happen beyond the next few months.

“I do not think we magically come out of this in 60 days and the world is unicorns and rainbows,” Williams added.

Regional differences will also probably play a role in the recovery. Williams said that the economy in her area is based on the technology industry and, thanks to plenty of demand, can probably absorb a flood of new listings without significant disruption or falling prices. But that won’t be the case everywhere and real estate may take a greater hit in other parts of the country where the local economy has been dinged more significantly during the outbreak.

“We’re going to lose buyers in those markets,” she said.

Whatever happens, though, real estate is relatively well positioned, Gold ultimately concluded. He said that prices have been rising so quickly that even if they were to fall now it might only roll back a couple of years’ worth of appreciation — meaning that people who bought their homes five or more years ago will still make money. And, he said, a small price dip could actually even “save us from a bigger correction that’s devastating years from now.”

“It may put a little bit of a damper on something that’s been going on too long to be healthy,” Gold concluded. “Even if prices go down , I don’t think it’s a bad thing.”